The Project Runway Show at NYFW!

One of the shows I really wanted to see when I was in New York was the Project Runway season finale show.  I’m a big fan of Project Runway so I sent in a pleading request, but got a polite no.  Then something aligned in the stars, and they emailed me the day before that they could give me standing room if I wanted it.  Did I ever! I would’ve hung from the chandeliers to watch! I was thrilled! 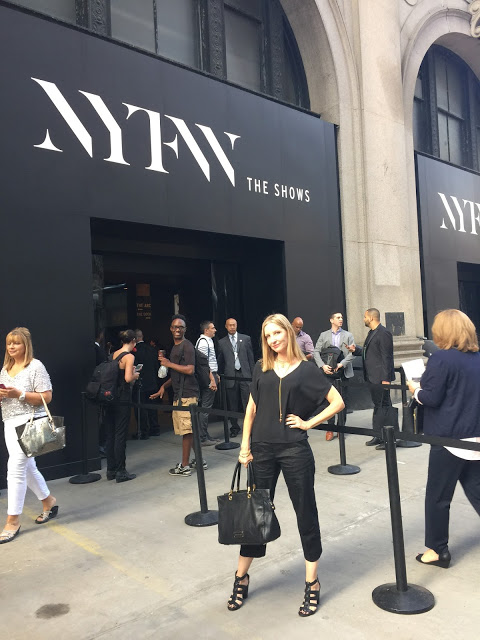 Here I was waiting outside, hoping that I was really going to get in! 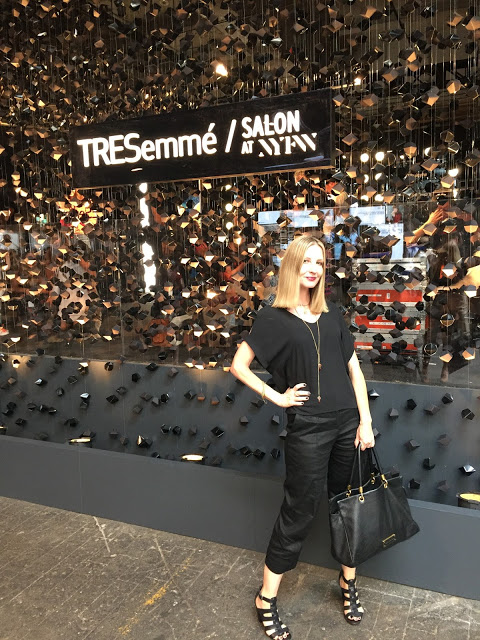 Once inside, I was waiting with the nicest mother and daughter who were also fans of the show. It was super fun to geek out with them over spotting past contestants! (I can’t remember their names and I should’ve gotten a pic of them, but anyway, if you’re reading this you two … hello!)

Funny side note: they said it was nice to have a fashion week expert to talk to. LOL …. bless their sweet hearts! 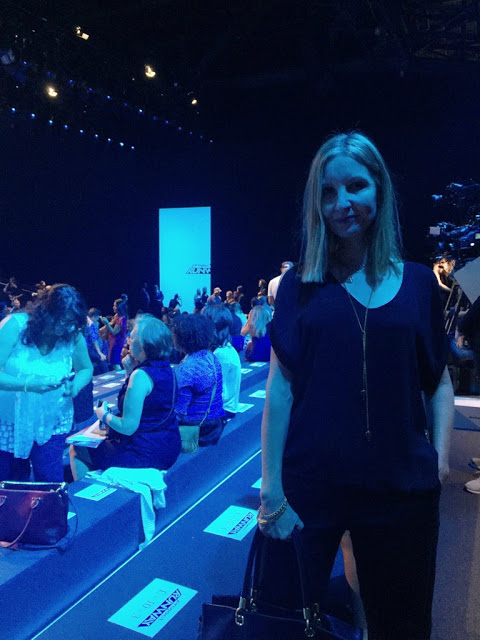 Not only were there past Project Runway contestants there, but hello … celebrities!  Here’s my sad attempt at getting a pic of Kelly Osborne and Nina Garcia. 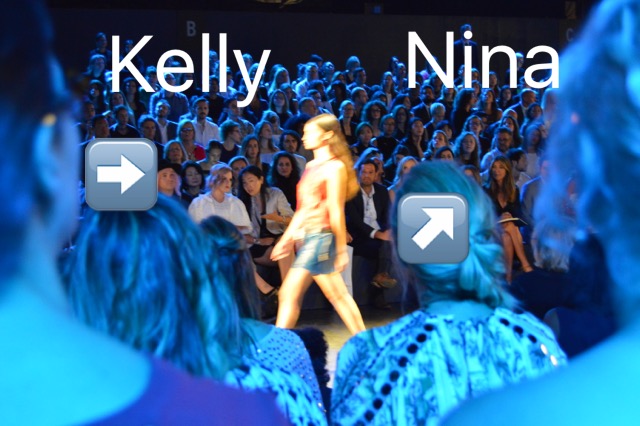 And yes of course Heidi Klum was there too, along with Zac Posen, and Zendaya! Tim Gunn even came out to take a bow!

I did end up getting a seat but not a great one, so my runway photos are mostly of the back of the heads of the women in front on me.  But I loved seeing the fashion and being part of the Project Runway magic!

After the show was even more exciting for me though.  There were so many of my fav past contestants milling around!
I briefly meet …

Kelly from the Deli! 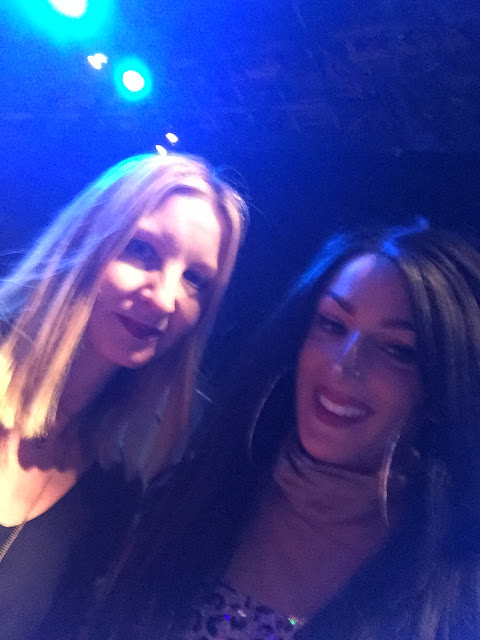 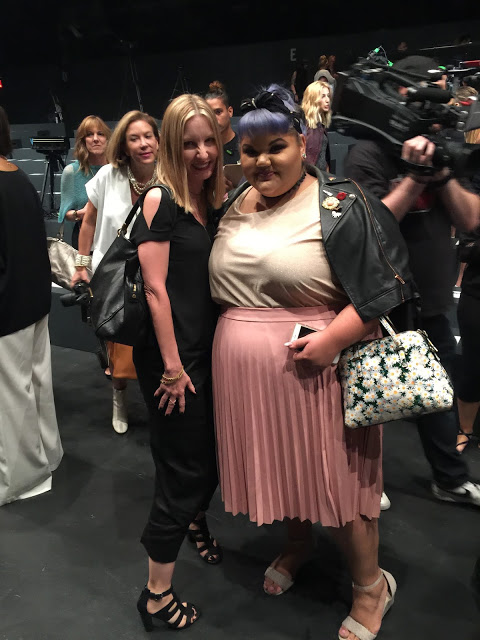 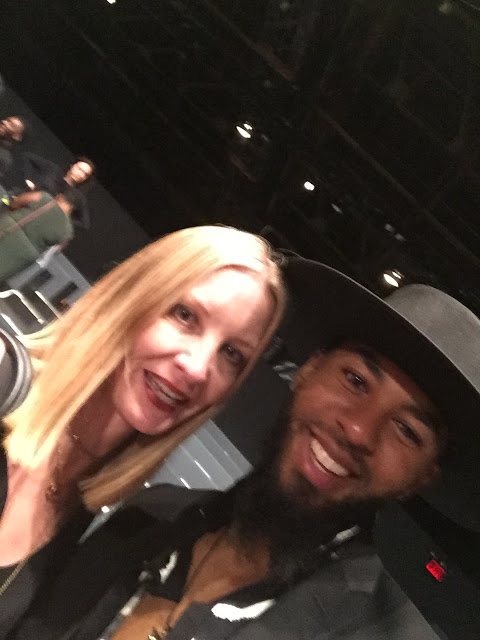 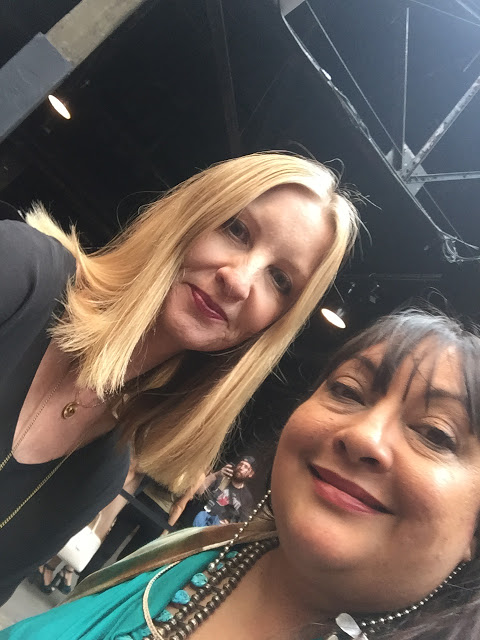 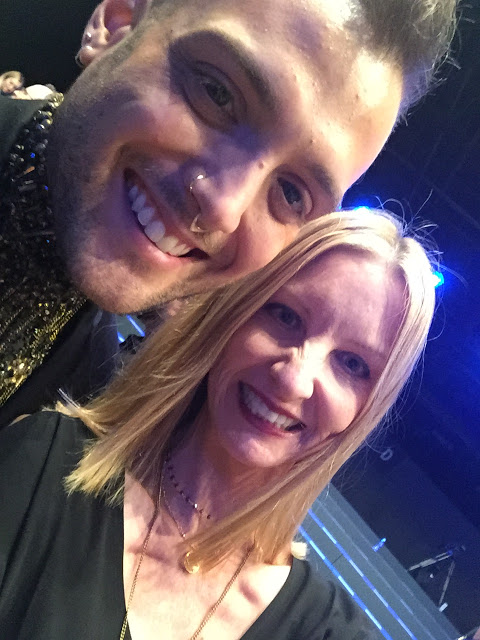 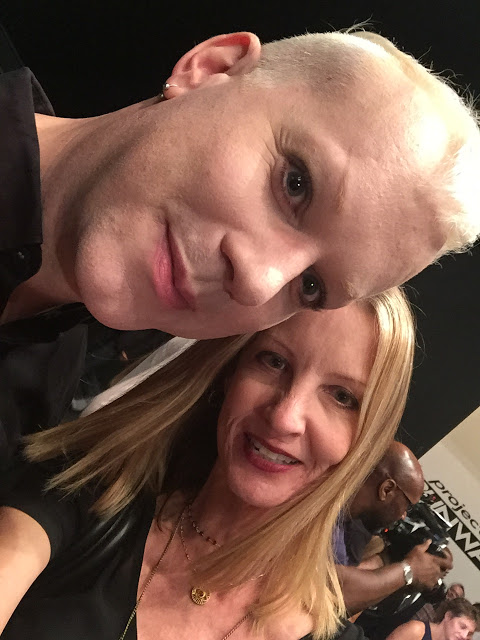 And the best for last … I was walking out of the venue, excited with my experience, but with one disappointment: where was Helen Castillo?  I loved her work and have been following her on Instagram ever since she was on the show.

Helen was so warm and friendly!  And that’s Molly Fletcher with her  … her muse and model from PR as well as her bestie. Seriously these two chicks couldn’t have cooler! 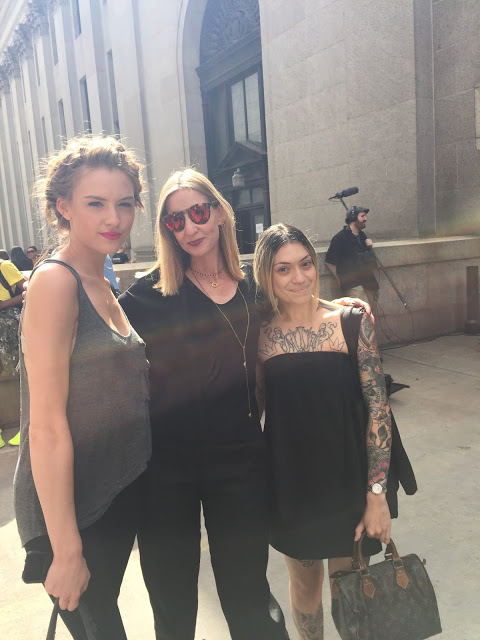 So  … another magical experience for me in the Big Apple!  With more stories and outfit posts to come of course.

Thanks for following along with my adventure, Dolls!

Hi! I’m Dawn Lucy, a 56 year old style blogger and high school English teacher, wife & pet mom, in San Jose, California. This is a site for us women over 40 who are still vital, relevant, and creative. These are our years to shine, Ladies! Let's show the world you're never too old to have fun and be fierce! 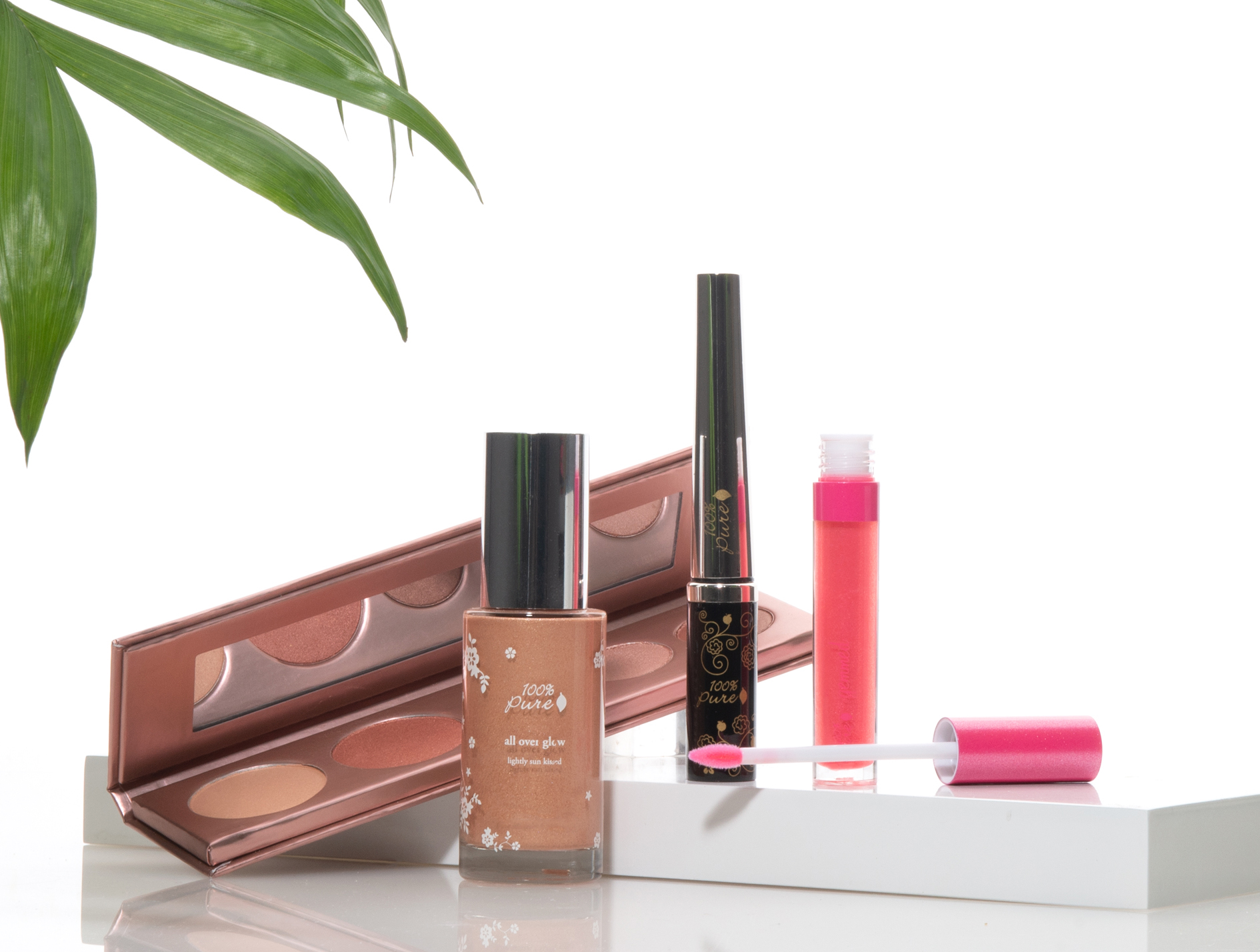 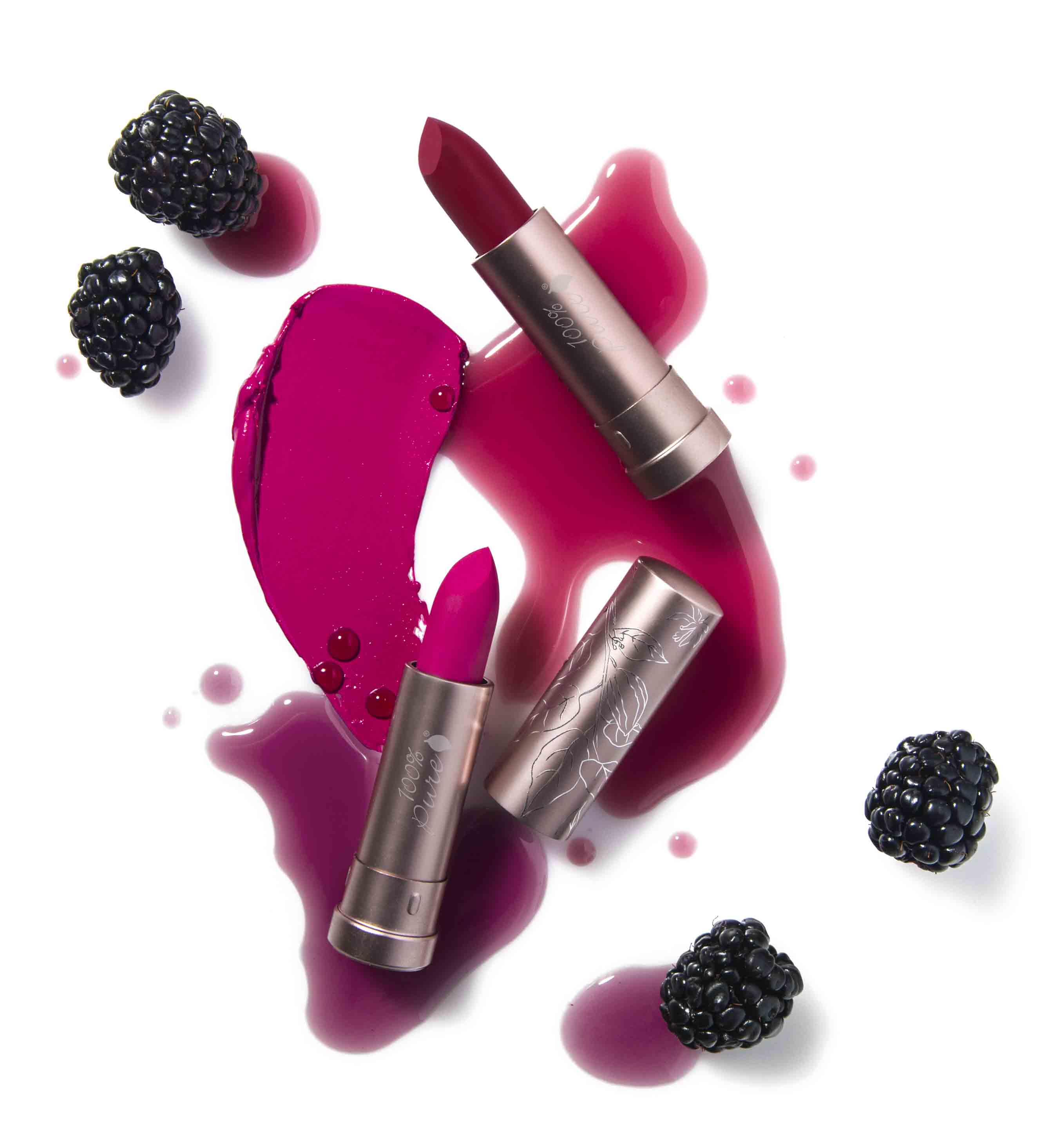 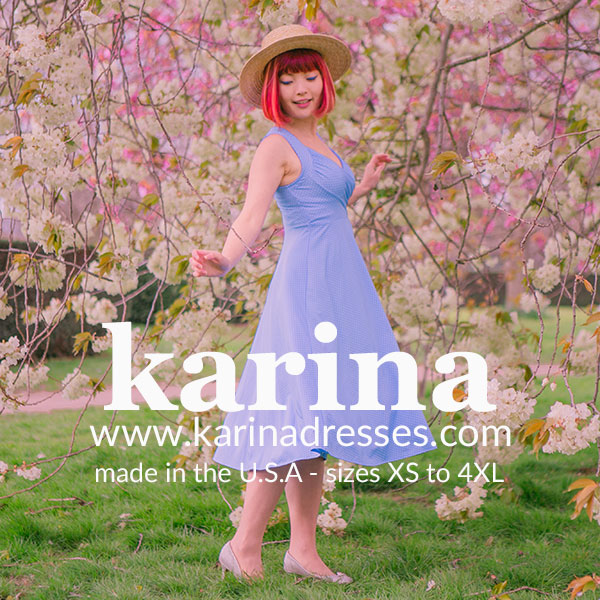